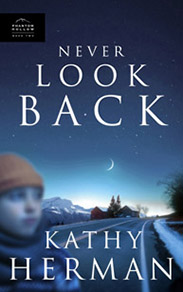 Forgiveness is one thing, but who really forgets?

Ivy Griffith has been released from jail after serving time for covering up the strangulation death of a high school classmate ten years earlier. She’s paid her debt to society. Kicked her drug habit. And asked God to give her a fresh start.

Problem is, everyone in her hometown of Jacob’s Ear, Colorado knows what she did. And her seven-year-old son, Montana, won’t stop probing about the father he has never met—the man Ivy was too stoned to even remember.

Plagued by her own shame and her little boy’s cries for male affirmation, Ivy is thrilled when Rue Kessler takes an interest in Montana and her. Maybe, just maybe, he’s the answer to prayer she’s been waiting for.

But Rue has a shadow hanging over his past and is suspected in a rash of bizarre, brutal beatings. He denies any involvement, and Ivy believes him—until she discovers he and Montana have kept a secret from her.

At a loss for what to believe or where to turn, Ivy’s on the verge of despair and wonders if even God has turned His back on her. Or is something bigger at play here—something being orchestrated outside of her control that’s about to bring down the curtain on everything including her past?